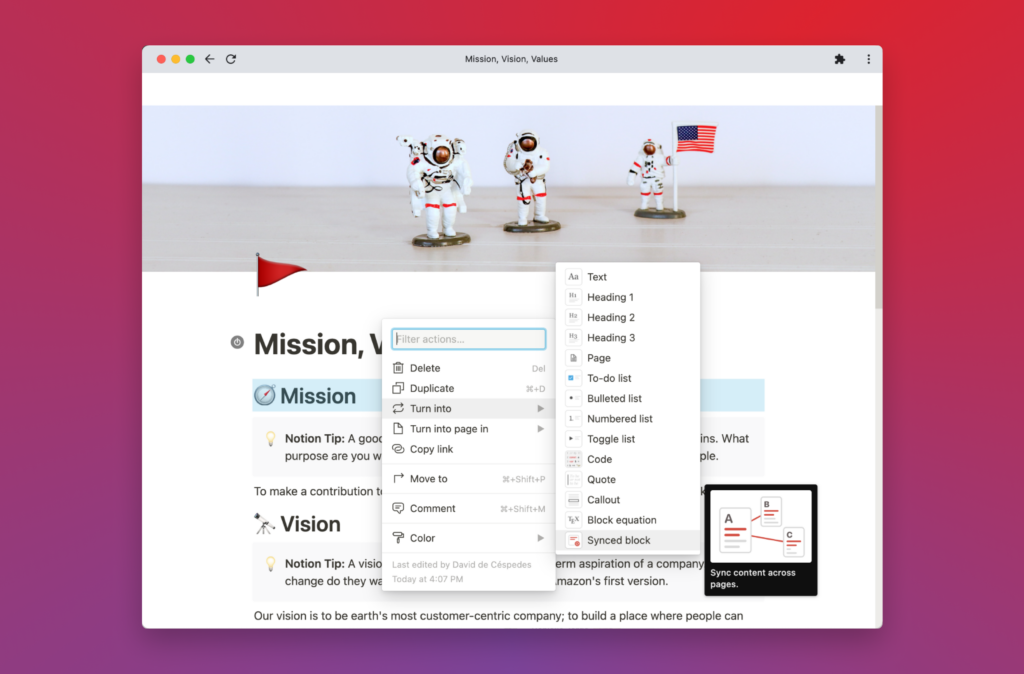 Here’s How It Works This could be the biggest new feature of 2021 for Notion. In this post, we’re going to talk about what synced blocks are, how they work, and share some tips to get the most out of them.   Blocks Make Up the Foundation of Notion Notion team members often describe their […] 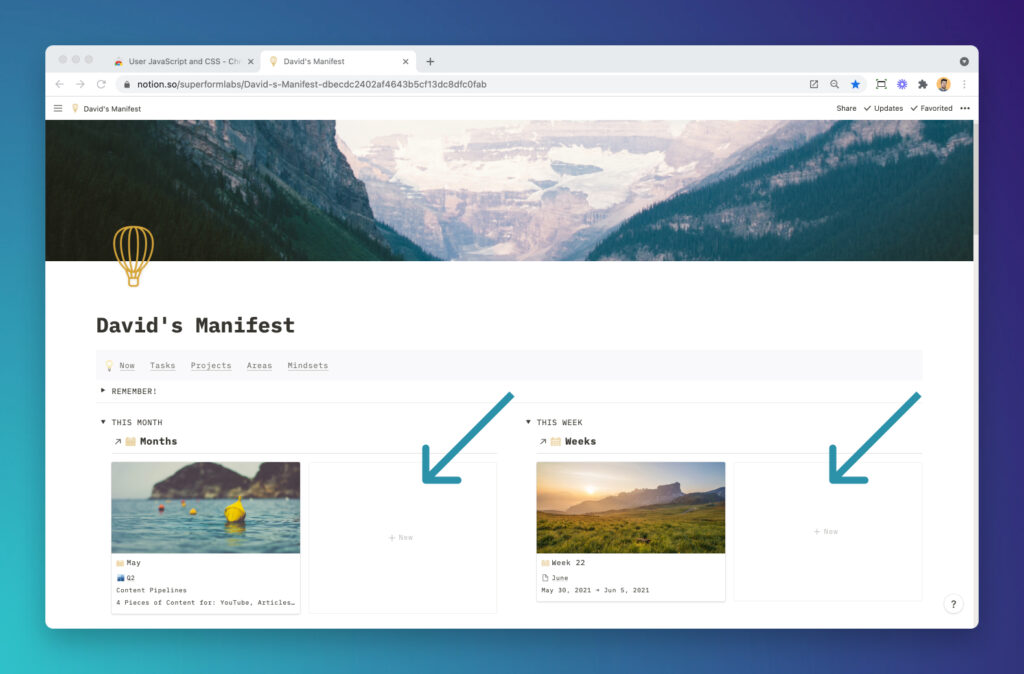 A Few Lines of Code Fixed My Entire Dashboard Over the past few months, two things have been true: I’ve been using Notion in a browser (mostly because I tend to have several pages open simultaneously) The “+New” button is everywhere I look, and I couldn’t turn it off without locking the entire page. If […]

How Notion Can Transform Teaching 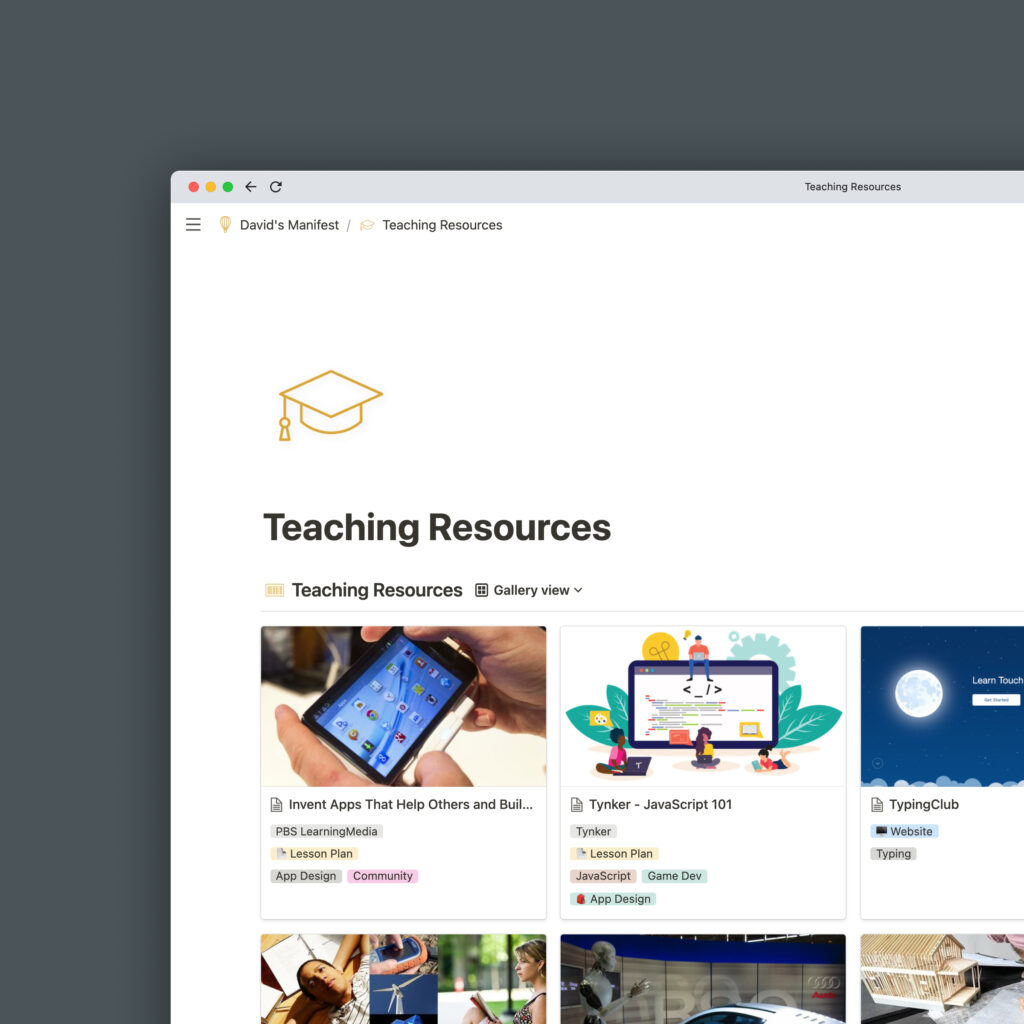 Traditional Lesson Planning is Broken I’m wrapping up my 6th year of teaching and one thing’s clear: we need rethink systems of lesson planning. Using Notion to teach is more than an obsession with a tool; it’s about fundamentally changing how educators create transformational courses. By streamlining the process, there’s higher impact teaching, and more effective learning. […]

Use Notion’s API to Show Tasks in Google Calendar 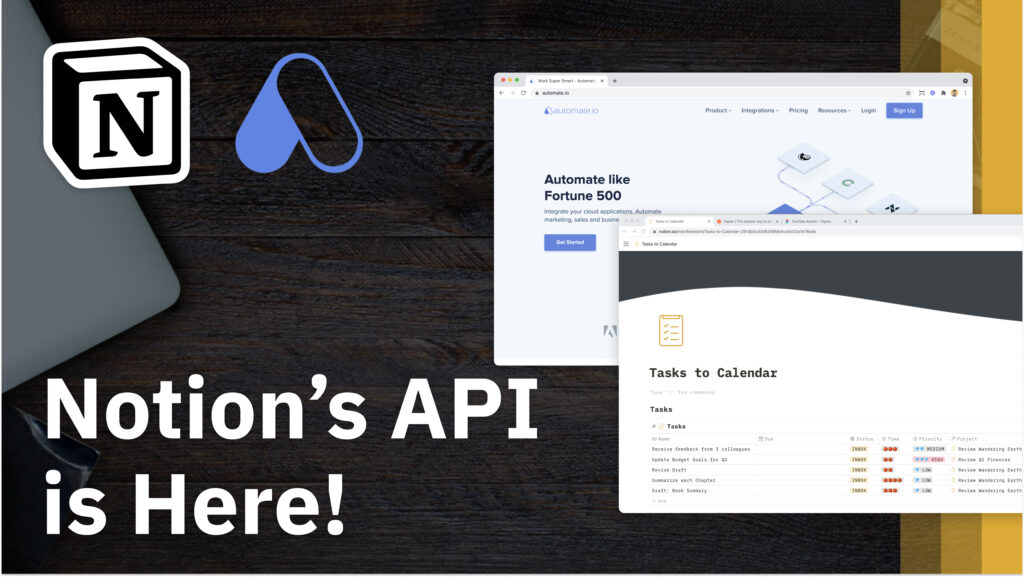 The day has finally arrived! For Notion users, the release of their API (application programming interface) has been an eagerly awaited moment. We won’t get too much into the weeds on API’s, but they essentially allow for different apps to speak to each other, send/receive information, keep multiple apps connected. API’s can be great resources […]

Creating A Visual Library in Notion

Notion’s ability to network with tasks, projects, and other databases in infinite permutations is what sets it apart from other bookmarking/visual library tools It’s no secret (especially to friends) that I love Notion as a tool that helps organize my life. Its ability to link different databases and spaces fluidly, while being able to customize what’s visibility […] 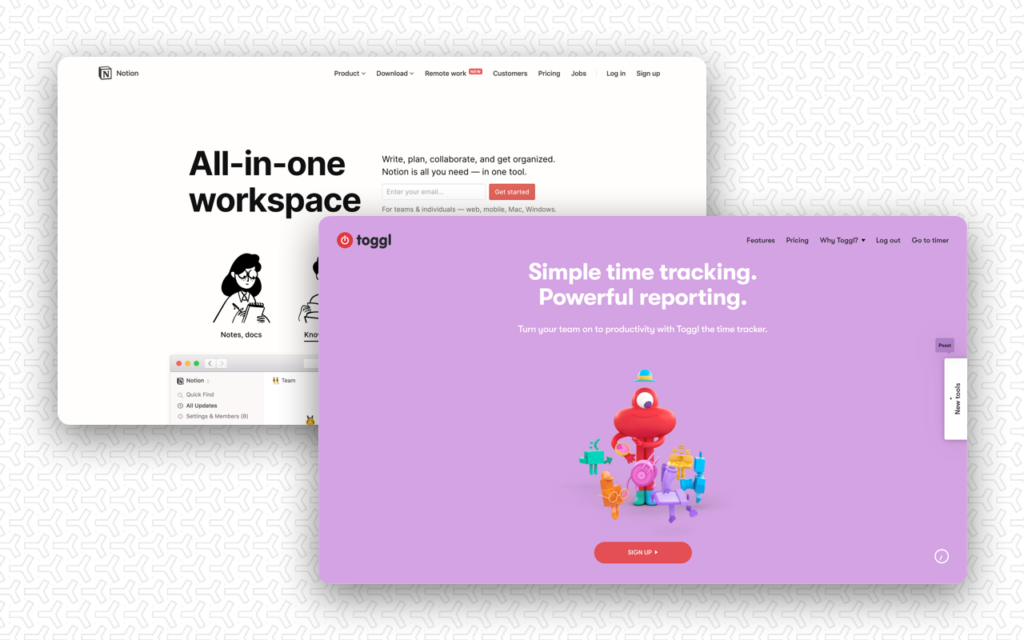 How to track your time and take control of your schedule with Notion and Toggl From one week to the next, millions of workers abruptly shifted to remote work, remote teaching, or remote learning. Many of us got thrown into a new work environment where many of the same performance expectations exist, but with entirely […]

5 Reasons Why Notion is Perfect for Educators 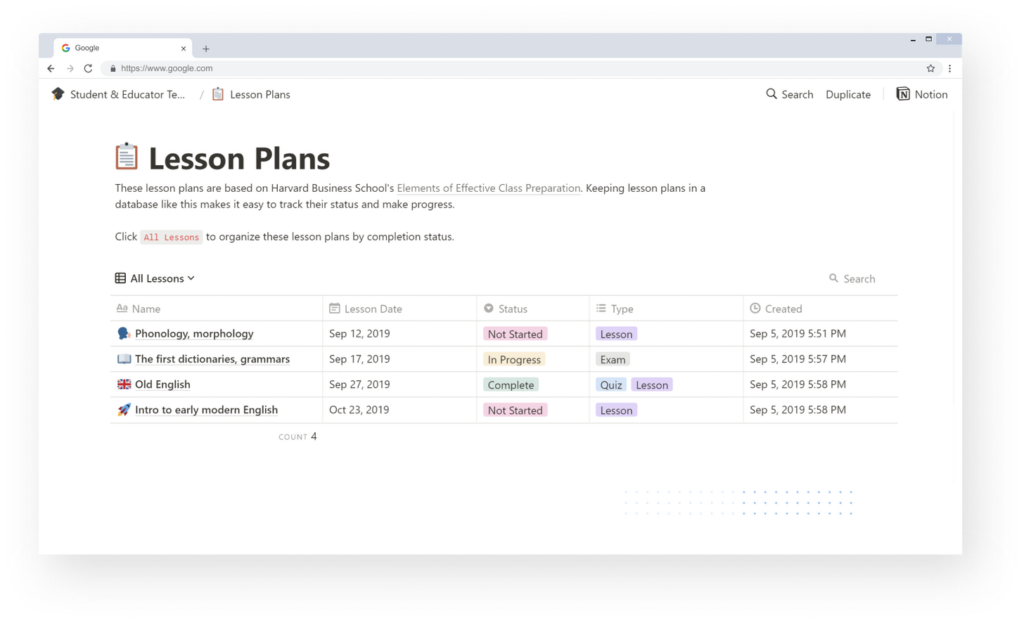 This software’s building-blocks approach has many use-cases for educators. At the end of the ‘19-’20 school year, teachers were thrust into full-time, online learning positions. Immediately, lesson materials, activities, and student work had to be completed 100% online. With teachers utilizing technology in widely different ways, this posed a huge challenge; many teachers are still […]

What is GTD (Getting Things Done)? 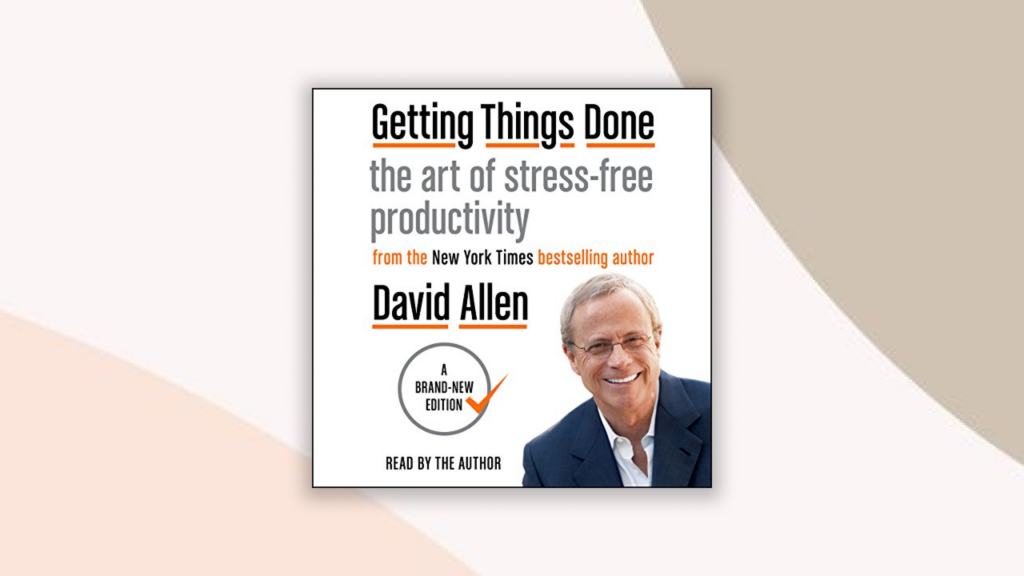 Book notes to capture the basics of this productivity system How to leverage the system to visualize and execute on your vision if there’s no single technique or tool for perfecting organization and productivity, there are very specific things we do to facilitate them. — David Allen If you’re not familiar with the GTD (Getting […]